Melissa Mack directs Kaplan Inc.'s communications activities in support of the company's reputation as a leader and innovator in education worldwide. In her role as Chief Communications Officer, she oversees the company's external and internal messaging, branded environments, and corporate positioning.

Ms. Mack joined Kaplan in 1992, and has built Kaplan's global marketing and internal and external communications functions as the company has evolved from a small, US-based test prep company to one of the world's largest providers of educational services. She led the development of Kaplan's masterbrand strategy, rebranding acquired business units and creating a unified messaging and visual identity for the company. In 2006, Ms. Mack introduced the Branded Environments program to standardize design elements across Kaplan's schools, centers, and offices to support the student learning process and employee engagement.

Yael Aufgang is Kaplan Inc.'s deputy general counsel and has been with Kaplan since 2016. She came to Kaplan from private practice, and has done extensive pro bono work throughout her legal career, primarily focusing on immigrant justice. She moved to the United States from Argentina as a young child and was a Teach for Americacorp member after graduating from the University of Pennsylvania. KEF's mission is close to her heart and she is thrilled to be a part of the team. Yael lives in Chicago with her husband, two kids, and three fish.

Harry Elish has spent his professional life in the financial services industry and has focused on educational nonprofits as his primary philanthropic interest. Currently, Mr. Elish works as a Managing Director in UBS’ Private Client Group, assisting families with their financial and investment planning. He has served as the President and as the Treasurer of Girls Quest, and is currently a Board member of the Academy of the City charter school in Queens. He and his wife, Nora, live in Manhattan and have two grown sons.

Ernest Bervell Mensah’s passion is problem-solving. He employs creative thinking as a technologist delivering software solutions primarily in the financial services industry. He is currently vice president at Bank of America Merrill Lynch (BAML) working as a technical consultant and product manager. Prior to BAML, he was a senior business analyst at Goldman Sachs.

Ernest serves as a mentor to college and high school students in the Sponsor for Educational Opportunity (SEO) programs, and as a board director for Girls Quest.

Chris Neumann is currently Vice President, Legal for Six Flags Entertainment Corporation, where he serves as lead attorney on all M&A and joint-venture development projects and oversees SEC filings and board matters.  From 2010 – 2017, Chris was with Kaplan, Inc., most recently as its Deputy General Counsel, where he oversaw corporate transactional matters, commercial contracts, and intellectual property.  Prior to joining Kaplan, Chris was an Associate General Counsel in BlackRock's private equity group, where he handled acquisitions, joint ventures, and private fund formation.  Previously, Chris had been an associate and then partner, in Kirkland & Ellis' New York office, where he represented clients in numerous M&A transactions, as well as equity investments, debt financings and public offerings.

He lives in Madison, NJ, with his wife Elizabeth, son - Jack, daughter - Gigi, and their Shih Tzu - Kevin (which is what happens when you allow your children to name your dog).

Jane Rosenberg is a graduate of The Taft School and the University of Wisconsin-Madison. Upon graduation, she pursued a career in marketing and advertising beginning with Foote, Cone and Belding in London, and then joined the staff of Boston University’s Study Abroad Programs. Thereafter she began a 15-year career with Kaplan Test Prep in a series of marketing, advertising, and brand management positions.

While at Kaplan Ms. Rosenberg developed its M.B.A. leadership and study abroad programs and oversaw the company’s diversity, retention, recruiting and company-wide leadership and training initiatives. In addition, she became the founding board president of the Kaplan Educational Foundation.

Ms. Rosenberg retired from Kaplan in 2007 to concentrate on her family and not-for-profit activities. These included serving as a member of the Board of Directors of New York Cares for 10 years and beginning in 2006 as a Trustee of the Solomon Schechter School of Manhattan, including two as board president.

Jane resides in Manhattan with her husband Harvey and their three children, Will, Remy and Sydney.

She is currently the Chief Opportunity Officer of Phi Theta Kappa Honor Society.

Annie Togni joined Kaplan’s finance team in 2008. In her role as Director of Finance, she assesses the domestic and international financial aspects of Kaplan and helps drive the company’s financial strategy and planning. She is thrilled to join the Kaplan Education Foundation and help guide it towards long-term success.

Prior to Kaplan, Mrs. Togni worked at DHL, Coverall and Spherion Corporation. She has held positions in compensation, human resources, finance, and accounting. She holds an MBA degree from Florida Atlantic University in International Business. She resides in South Florida along with her husband, Matteo and their two daughters.

Jennifer Markowitz has managed her family’s fourth generation commercial real estate business alongside her father for the past 25 years.  Prior to joining the family business, Jennifer was a high school teacher at Christopher Columbus High School in the Bronx, and later, Ramaz, a Jewish Day School in Manhattan.  Education and its place for personal fulfillment and elevation of society has always been a guiding interest.  A graduate of Brown University with a BA in Comparative Literature, and Columbia Teachers College with a Masters in English Education,  Jennifer enjoys traveling, cycling, skiing and the outdoors, as well as museums independent movies and learning foreign languages, especially Hebrew and French.

Jennifer lives in New York City with her husband, Alon, and is the parent of children, Talia graduated from UCLA School of Art and Architecture and Gabriel is attending Dartmouth College. 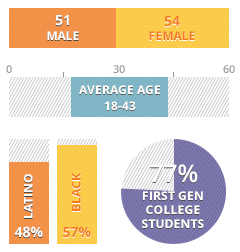